There are two species of bears that live near Revelstoke; black bears and grizzly bears. Being able to distinguish between the two is important when you are reporting a sighting. Remember that it is extremely unlikely that a grizzly would be inside the city – but it’s possible. Grizzlies are occasionally seen in the regional district nearby. If you see a grizzly bear, it’s very important to report it. Reporting a bear sighting helps bear managers keep track of where the bears are, what they are doing, and gives them a “heads up” if a problem is developing.

Black bears are usually black, with a lighter-coloured muzzle that has a straight profile. Sometimes they have a white chest patch. Cinnamon-phase black bears are common in this part of British Columbia – about 10% of our local black bears are cinnamons. Most adult black bears range from 70 kg to 150 kg. Their ears are large relative to the size of the head. Black bear claws are short and highly curved. Having evolved in forested environments, they typically resort to climbing trees when threatened. 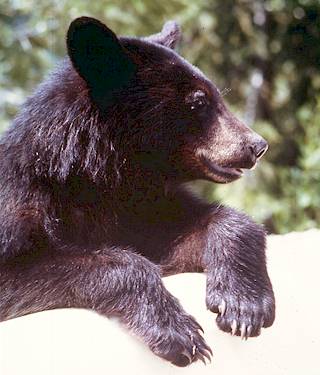 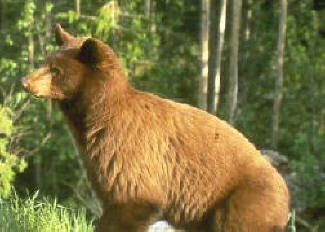 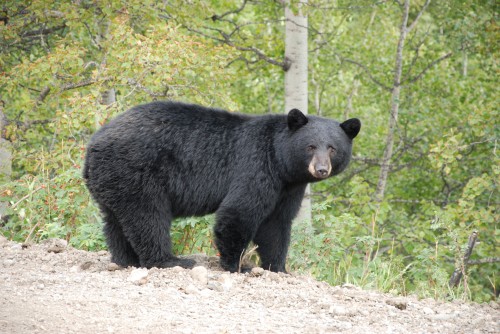 Grizzly bears range in colour from dark brown to blonde. Their name comes from the most prevalent fur colouring which is a dark brown hair with a blond tip. On average these bears are larger than black bears, typically ranging from 100 to 250 kg. Much larger specimens are known on the Pacific coast where bears have access to salmon runs. These bears have a dished-shaped profile (as compared to the straight nose of the black bear) with ears that are proportionally smaller than black bears. A prominent shoulder hump of muscle can help distinguish these bears at a distance. This muscle mass assists the bear to dig for bulbs and rodents with its long (up to 10 cm), relatively straight claws. Claws will be worn shorter as the summer progresses. 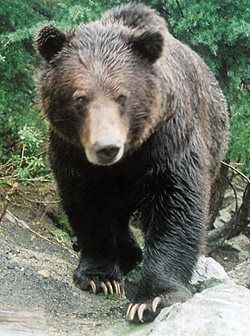 Grizzly Bear. Note the size of ears relative to the head, and prominent hump on the shoulders. 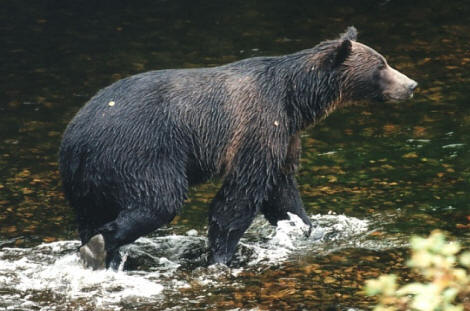